I decided to try writing and illustrating a graphic novel based on an early reader series I wrote called Sir Pants-a-Lot and Squire Mousekins. In the first adventure, the brave knight and his loyal squire rescue Goldilocks from the three bears. And, unlike the traditional story, they encourage the naughty girl to make amends for breaking into the bears’ home. The story of Goldilocks has always bothered me. I also spoofed Cinderella and the Frog Prince. 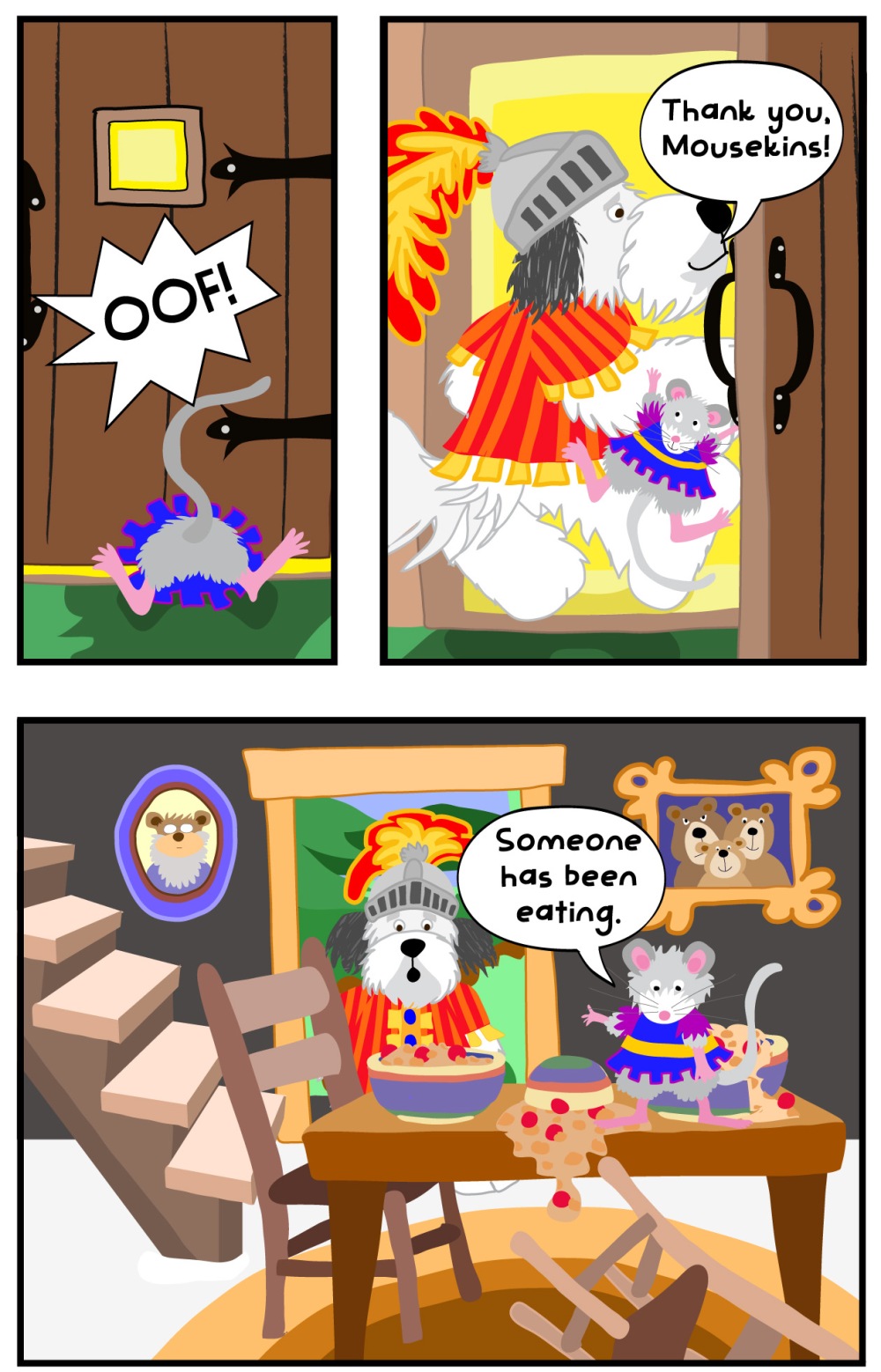 An editor I’d worked with was very interested in the series. But after finishing the first one and mapping out two others, for various reasons we decided to put the project aside for now.

But then I thought: why not release the first one and see how it sells? So I did! I polished up the illustrations and published it on the KDP publishing format through Amazon. Because the interior is full color, the little book is priced like a picture book, but I also released it as an e-book which is more affordable. Here is the link to purchase either. I hope to get some feedback so that we can think about doing more with the series someday. So I hope you check it out! You can view quite a few pages for free using the “Look Inside” feature and the e-book is free on Kindle Unlimited.

By the way, the font I used was designed by Kait Kenobi, and her fonts and designs can be found on Think Make Design.