How does a story evolve? aka Where do you get your ideas? We’ve heard lots of answers, and they all sound pretty convincing. However I think the honest answer from most authors and illustrators (and perhaps the other creative sorts) is that we really have no idea where ideas come from.

Today there was time to pursue an evasive idea that’s been simmering for a while. It’s about a girl who loves bugs. I have some ideas for the story at this point and am working on it. But! There is also the quest to learn new styles of illustration, so this was inspiration. The latest media I wanted to try was scratch board. Remember coloring a sheet of paper with crayons and then covering it with ink, and scratching a drawing? 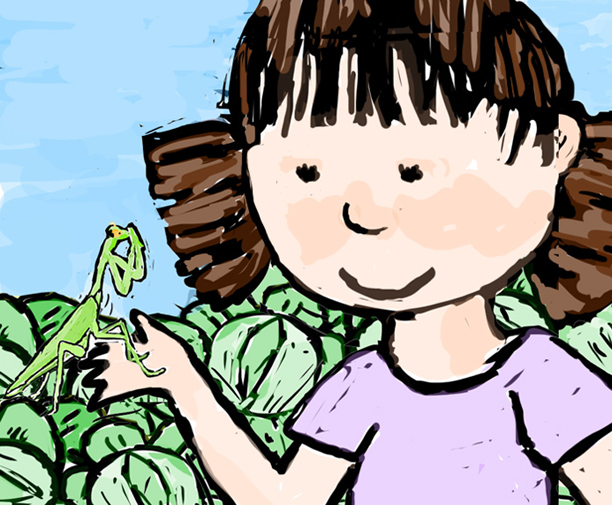 So I bought the special paper and the tools for scratching, and studied what other artists have done. Then I got on the computer and used Photoshop to create the sketch above. It was a fun new way to draw, cutting white out of black rather than drawing black on white. And the computer was a neater way to do it. I will try the real thing next.

Then I went back to collage, with hand-painted paper that I scanned and incorporated using “clipping paths” in Illustrator. This is the incomplete cover for the non-existent book called BUG that doesn’t have a story. But it was a fun way to wrap up the day. 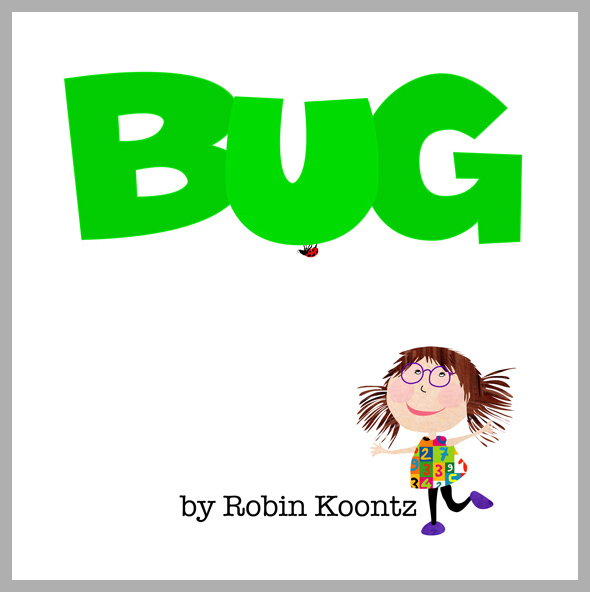 Tomorrow, back to the story.